One of Kirra’s famous beachfront fibro houses built in the 1970s surfing heyday will be demolished to make way for a new tower. Melbourne-based developer, Hirsch and Faigen, received approval for a planned 13-storey tower on Musgrave Street, just a handful of metres from the $300m redevelopment of the Kirra Beach Hotel. 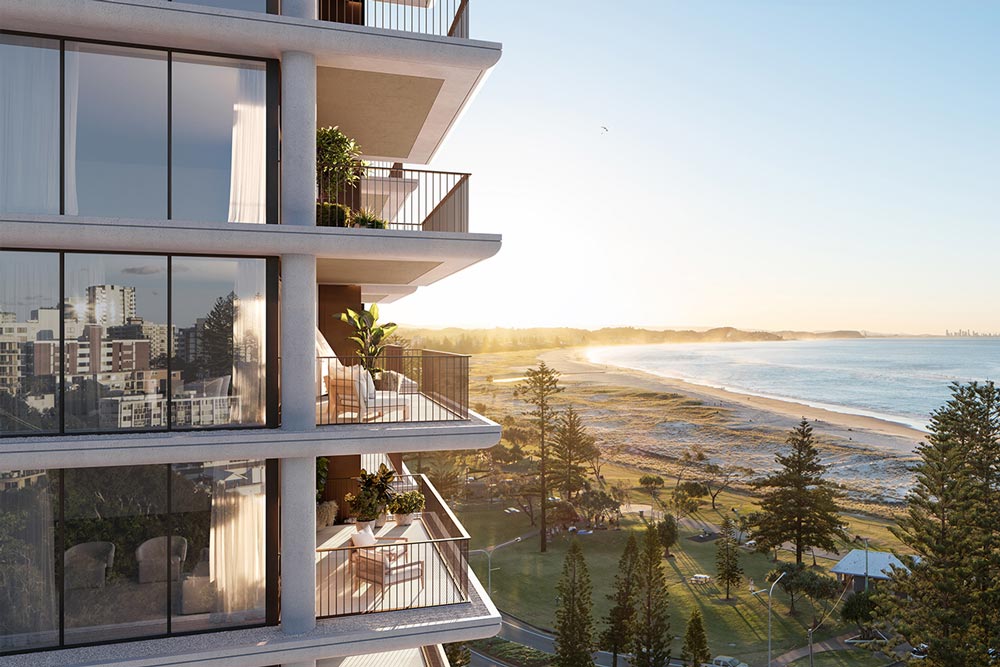 The view of Kirra Beach from the tower.

Hirsch and Faigen has launched the project to the market after receiving DA approval a month ago. Hirsch & Faigen director Daniel Faigen said the project had been fast-tracked to capitalise on the booming property market.

Construction is expected to begin in early 2022.

“Emerson strikes the balance between functionality and indulgence,” he said. “Kirra is unique in that it’s one of the only Gold Coast suburbs to have a beachfront facing true north, which brings with it an incredible opportunity to seize direct views across the ocean, the curvature of the coastline and the distant hinterland all at once – while providing sensational sunrises and sunsets.” 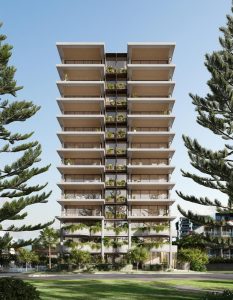 Hirsch and Faigen has been buying up land and developing across the city in the past year.

It secured council approval for its 14-storey Hemingway tower at Palm Beach and has taken the project to market.

In June it bought a 1904sq m site in Mermaid Beach’s Mermaid Ave and announced plans for a luxury 24-floor building with 130 apartments.

The three towers have all been designed by Melbourne-founded architectural firm Rothelowman. Hirsch and Faigen is a private company and a partnership between the Hirsch family, which has petroleum, horse racing and wine interests, and property lawyer/developer Daniel Faigen.

It has a number of property interests in Queensland and has completed projects worth more than $1bn in the past decade.

With extensive industry experience, Urban Activation has worked with some of the world’s largest development companies to drive sales for some of Australia’s biggest projects, while returning strong investments for thousands of purchasers.